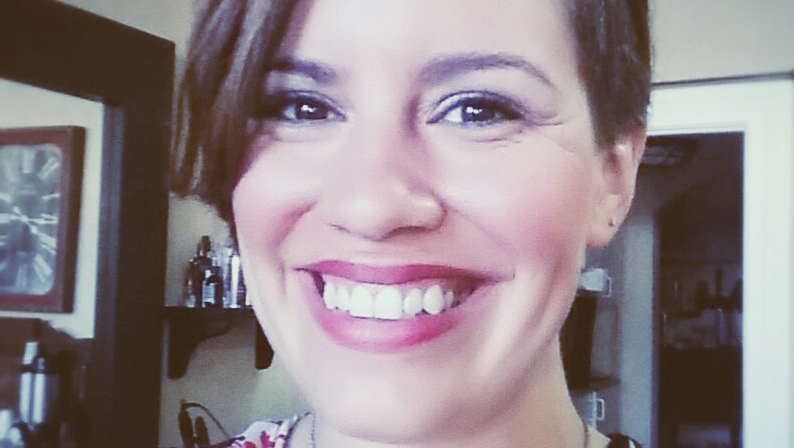 Ashlie Huffred found her own success at Salon Success Academy but only after she was asked to leave the school and was given the chance to come back. Her instructors didn’t think Ashlie was taking her education seriously the first time around. So, they suggested she take some time to consider whether she really had what it takes to work in the field of cosmetology.

“I was just too young,” said Ashlie. “Then, when I was ready to take things more seriously I asked if I could come back.”

Salon Success Academy welcomed Ashlie back and quickly realized she was a much more determined student this time around. Understanding that Ashlie felt like she had fallen behind because of her time away, her instructors went above and beyond to help her get caught up.

“They were great,” said Ashlie. “They were cosmetology instructors but also life coaches.”

Ashlie says she loved her time at Salon Success Academy. She made lifelong friends and learned what she needed to become a successful cosmetologist. She says the instructors helped her hone her skills so she was able to mix her own personal creativity and artistry with the science of giving structured haircuts. She also learned real-world skills by working in the school’s high-end salon. Ashlie says when she got her first job as an assistant for a Paul Mitchell PAC team she felt really well-prepared because Salon Success Academy had given her realistic expectations about what it would be like to work in cosmetology.

“There, I got a taste for what the industry really had to offer to those who work hard,” said Ashlie. “In the last eight years, I have built an awesome clientele behind the chair, worked on stage for cut and color demos at hair shows, behind the stage for LA Fashion Week, on photo shoot sets, a reality TV show, and countless weddings.”

Today, Ashlie is a color educator and brand manager for the Barcelona company Lakme Color and she still works behind the chair at Salon Blu in Redlands in spite of the long commute from her San Diego home.

“After a while your clients become like family,” explained Ashlie. “I can’t leave them.”

Ashlie loves what she does for a living and she’s thankful for everyone who helped her at Salon Success Academy.

“If the instructors at Salon Success hadn’t believed in me and pushed me to achieve, I don’t know what would have come of my education and career,” said Ashlie. “I am so thankful for what I was given… a second chance.”

If you want a real chance at success in the exciting field of cosmetology, check out all Salon Success Academy offers its students. Salon Success Academy has five convenient locations throughout the Inland Empire of California and offers programs in cosmetology and esthetics. If a career in the beauty industry sounds like a great way to be your creative best while making a great living, give us a call today at 877-987-4247 or fill out the form now.