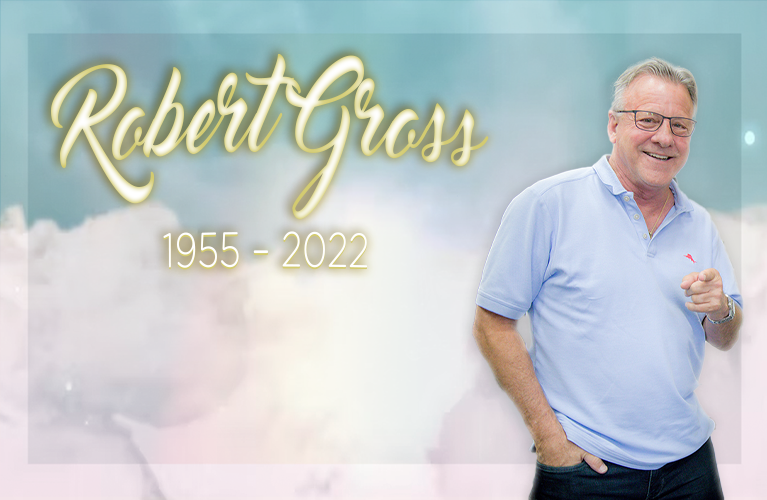 Home   \   Robert Paul Gross: A Legacy of Passion for the Industry He Loved 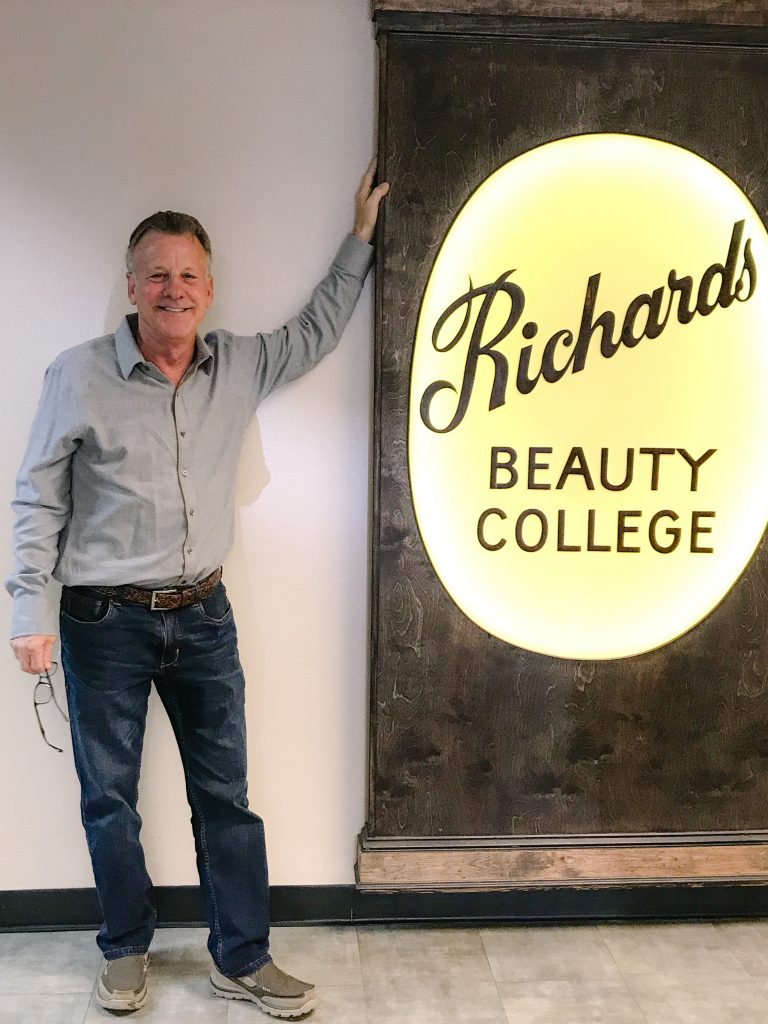 Legacy of Passion for the Industry He Loved

With a quick smile, a hearty laugh, and more than a hint of mischief in twinkling hazel eyes, Robert
Gross lit up any room he entered. Whether working the floors of a beauty salon, teaching students, or
walking the halls of the State Capitol, Gross wore his passion on his sleeve. And his passion was the
industry to which he dedicated his life and the beauty school he built into a small empire.

Mr. Gross passed in April but leaves a legacy of love that will far outlive him. 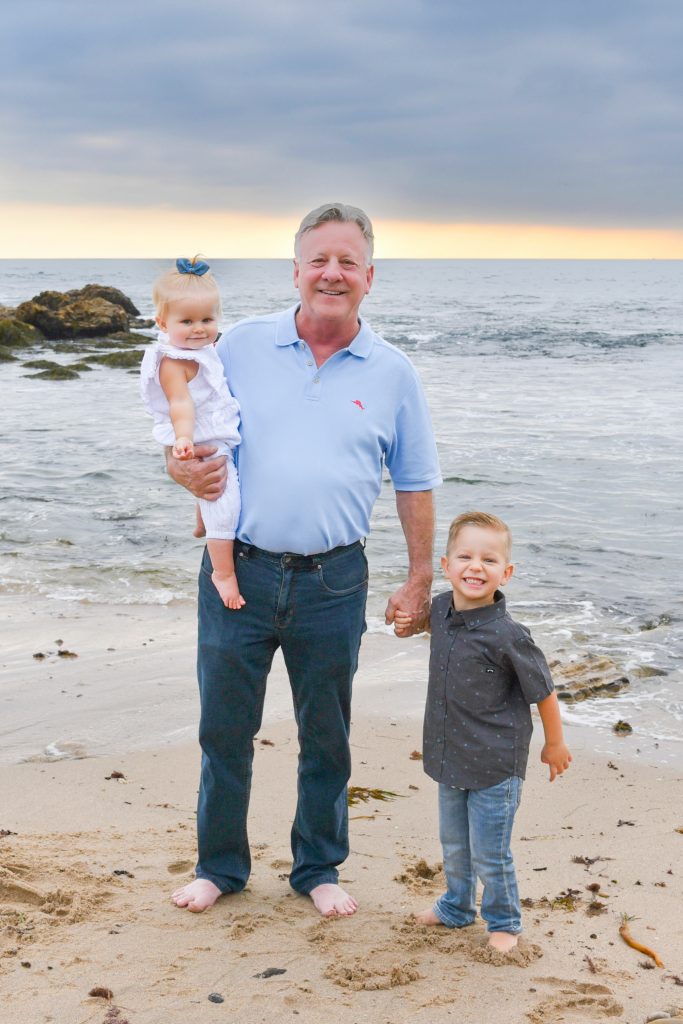 From a single campus in San Bernardino, the school grew a six-campus school serving more than 30,000
students. Although Bob Gross had no original intent to follow his father’s career path, things changed.
“I wanted to be a lawyer but knew by the time I got out, I’d be broke,” said Gross. So, when his dad
asked him to come on board, he was game. “But I wasn’t going to run a business that I didn’t know
anything about,” said Gross, “so I after I graduated college, I went to beauty school. And you know
what? Beauty school was harder.” 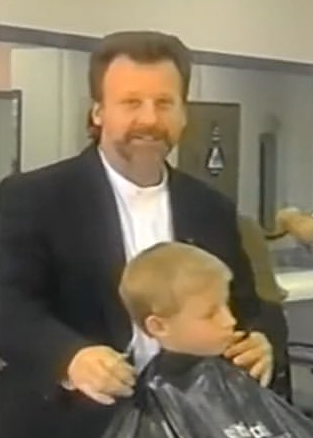 And according to the people who knew him as a teacher, school owner, mentor, friend, and advocate for
the industry, that early training and license as a cosmetologist were the roots to all that came after.
“My dad always did what was best for the student,” said his son Jeff Gross. “He was a student advocate
from the beginning and every decision he made, whether here at Salon Success or with the legislative
challenges he took on throughout his career, was about helping students become professionals who
could earn a living in a career they loved.” 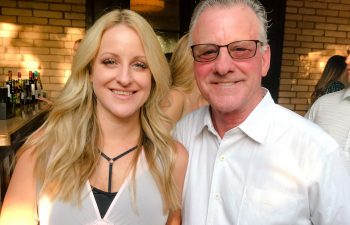 To that end, Bob created innovative ways for students to be taught in the classroom, on the salon floor,
and through externships that he initiated long before they were a norm. But as much as he was
concerned with how students learned, he wanted to ensure that they could earn. It didn’t make sense to
him that students had to wait to sit for their licensing exams, so he did something about it. He helped
push through changes that would allow students to begin the application process while they were still in
school instead of waiting for graduation. And understanding that professionals in the field needed an
advocate with the State of California, he did something about that too.

Along with Ted Nelson and Alex Irving, Bob founded the Professional Beauty Federation of California
(PBFC). Its mission to be an advocate for the industry is one Bob passionately espoused. And its
actions—especially during the pandemic—have been far-reaching.

“The ripple effect of bob’s life will not only continue past his life, but the waves are growing,” PBFC Legal
Counsel & Advocate Fred Jones said. 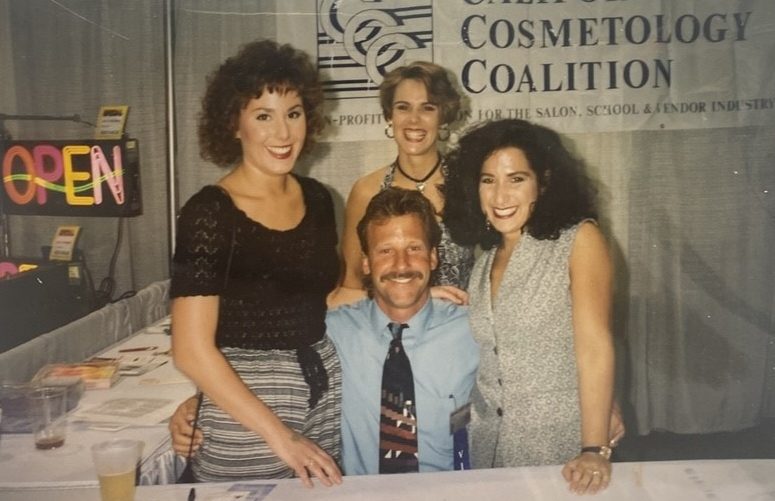 Jones met Gross when he was the chief of staff to a state legislator and Gross was already pounding the
steps of the capitol.

“When PBFC started it included salon owners, school owners, individual hair stylists. The idea was to
represent every sector of the industry in CA—hair, skin, nails—play no favorites, and speak in a united
voice,” said Jones. “It really was transcendent at the time.”

According to Jones, never has the mission of PBFC been tested more than during the pandemic. With
the onset of COVID-19, the $500 billion global beauty industry screeched nearly to a halt with millions of
lives and livelihoods affected.

“It really was Bob’s vision to expand what we do,” said Jones. Understanding the devasting the
pandemic was having far beyond California’s borders, Jones recalled, “Bob said, ‘let’s keep pushing this
thing nationwide.’” 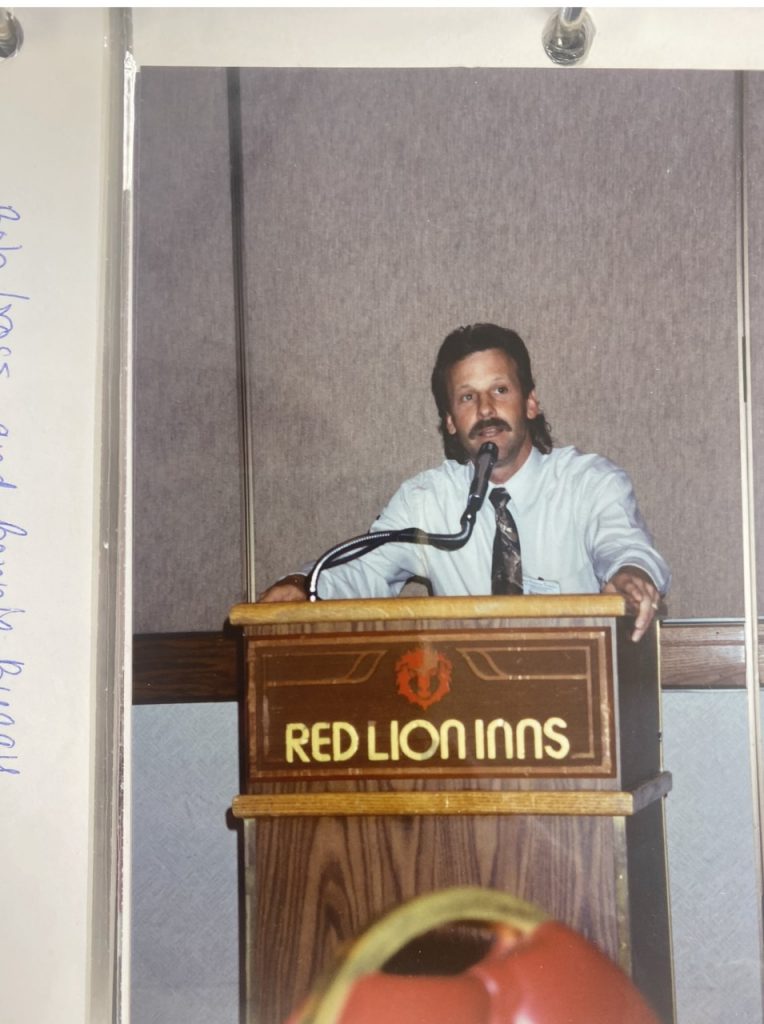 During the pandemic, the organization helped secure nearly 11,000 forgivable loans for salons and
school owners, according to Jones. And upon Bob’s urging, Jones noted that PBFC it brought its power to
a national scale, taking on legal challenges to mandated shutdowns that were disproportionately
impacting the industry.

“He really was the most strategic thinker that I’ve ever met,” said Jones.

California Board of Barbering and Cosmetology

Even the people who could have been his adversaries admired and respected Gross.
“When I met Bob, I’d just become the EO [Executive Officer] and it was a bit like being the new sheriff in
town,” said Kristy Underwood, the Executive Officer of the California Board of Barbering and
Cosmetology. She had the power to regulate, and Bob’s industry was what she was regulating. But
Underwood said the relationship she had with Gross was never anything but a great friendship.

“We got along instantly,” said Underwood. “I was new to the industry and Bob really helped me. He was
a mentor and a friend. From the start, if I had a question, I knew I could call Bob. He was like a walking
textbook of the industry. He had so much history but also a way of bringing the past to the present.”
Reiterating Jones’s sentiment, Underwood noted that the beauty industry needed a savior during
COVID. But Bob didn’t believe in doing any of it single-handedly. He had strategic partnerships from the
start.

“Bob believed that the Board and industry professionals could work together to achieve common goals,”
said Underwood. While her office worked to protect consumers, Bob worked to teach students to
become professionals.

“Bob always believed that if you did what was best for the student, for the person who would be that
behind-the-chair professional, it would be best for his school,” said Jones. And according to Jones, he
taught other schools and salon owners the same philosophy. 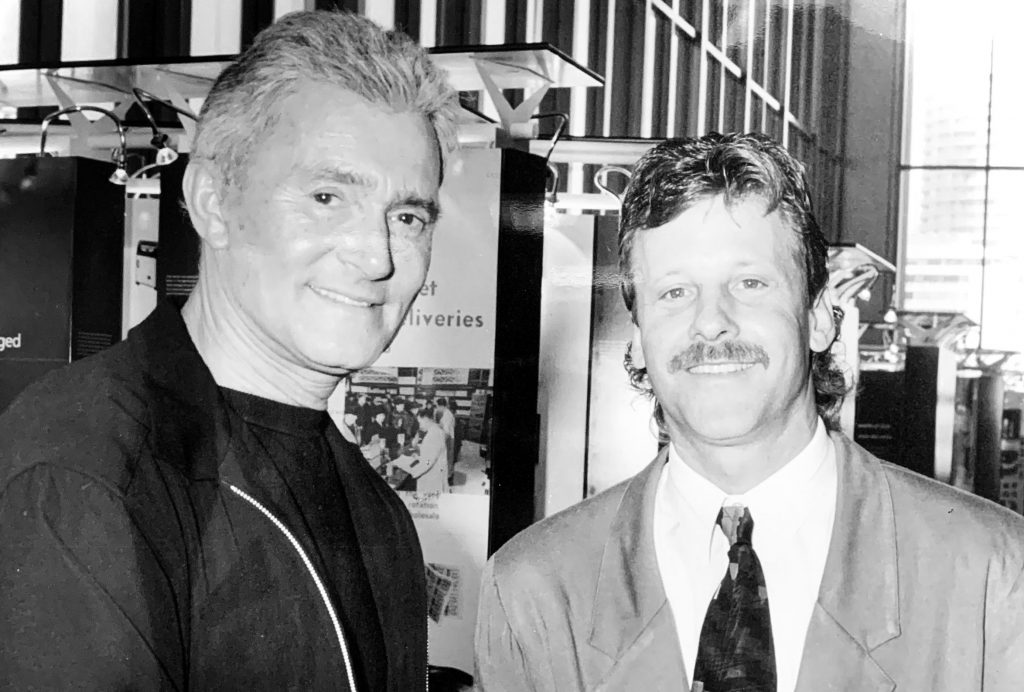 “Bob really cared for his students,” said longtime friend and owner of Federico Beauty Institute Gary
Federico. “He was caring, loving, supportive, and always very giving. He loved his family and he really did
consider his student an extension of family. He reminded me of a mom—proving unconditional love but
also holding you accountable. Like a mom, he knew what was best for his students and he would also do
what was best to help students become professionals.”

A Future Inspired by the Past

The legacy started by Gross’s father will continue under the guidance of his children Megan and Jeff and
their business partner, Kyle Rumbel. Salon Success Academy, its six campuses, and countless past
and future students will benefit from Gross’s vision and passion.

Underwood knows the Gross children and knows they’ve been well taught. To them, she offered a
simple bit of advice: “You’re doing such a great job already. Just carry the torch that your dad gave you.
You’re in a perfect position to carry on.” 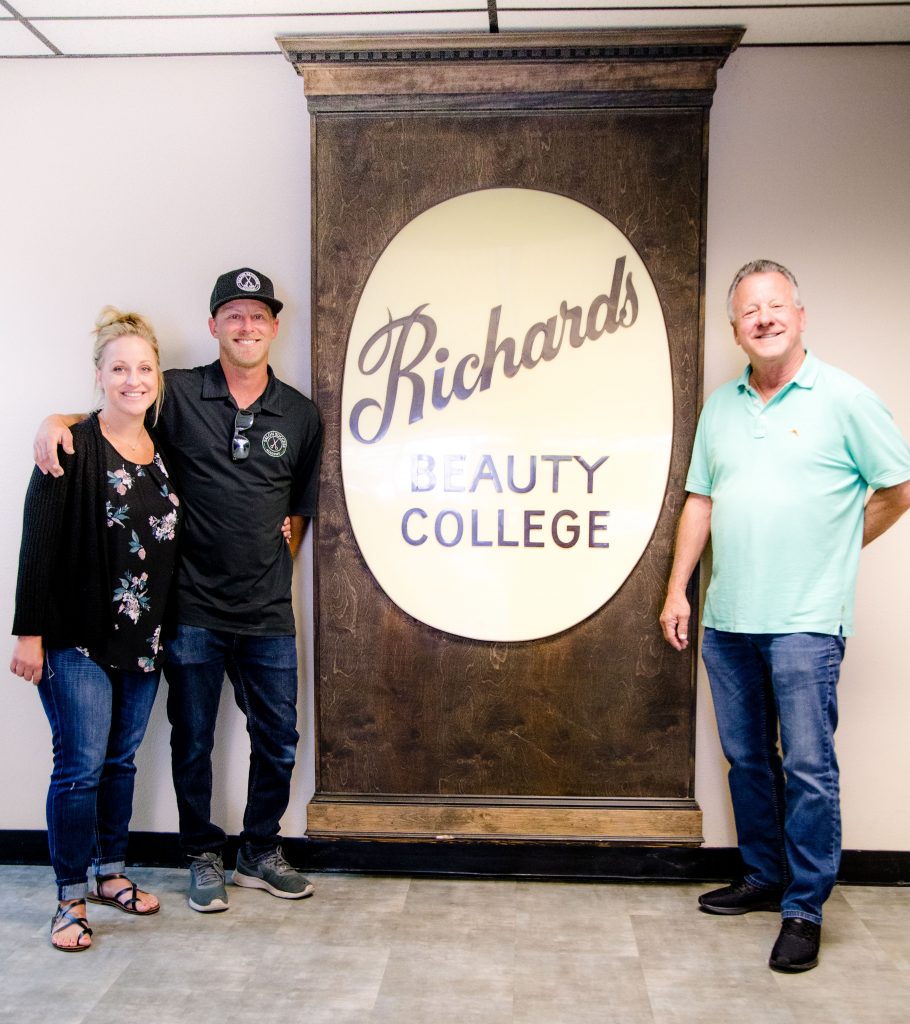