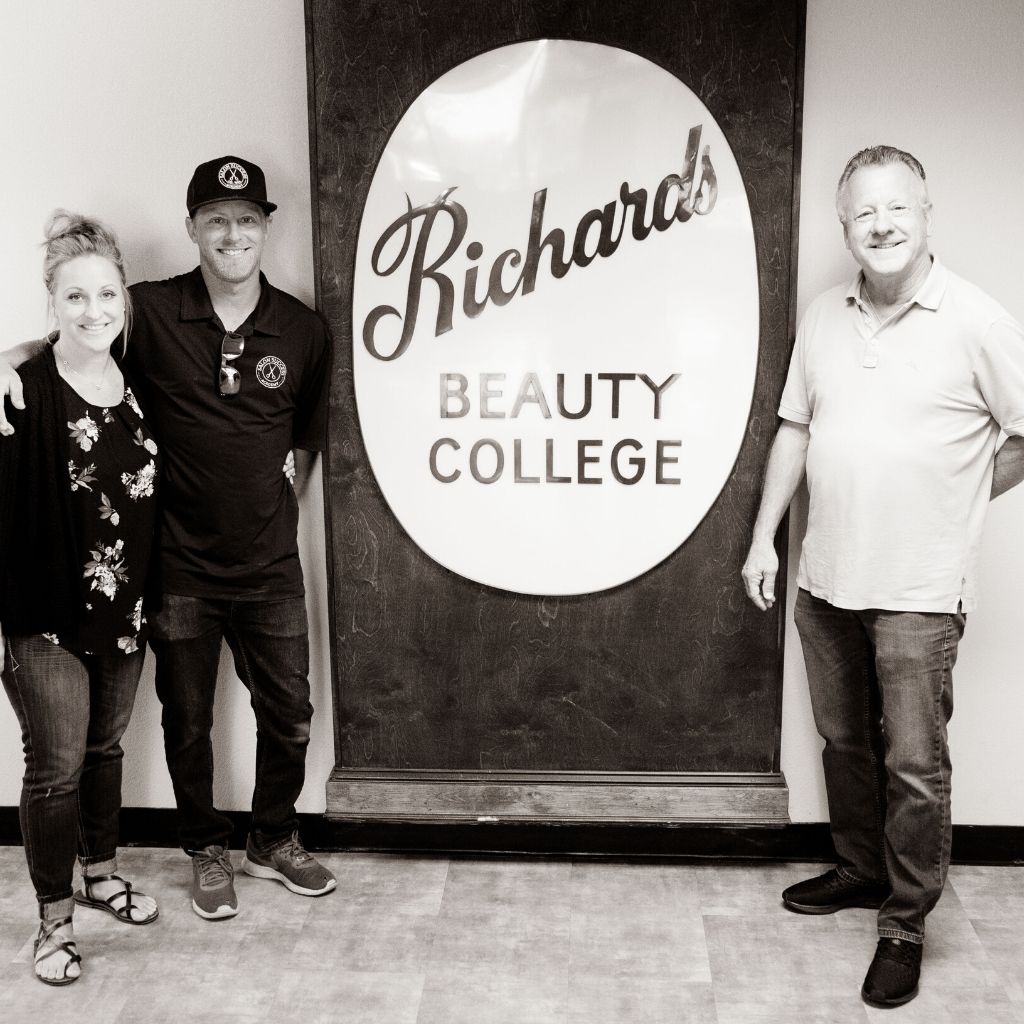 In honor of our 60th anniversary, Salon Success Academy will be giving away 60 Cosmetology scholarships. If you are a current Cosmetology student or have been thinking about becoming one, now is the time to pursue your dream to become a professional cosmetologist and take advantage of this unique opportunity. You could qualify for a $1000 tuition reduction or MUD Beauty Essentials training and supplies, also valued at $1000—or both! You’ve got passion and potential. So did our founder, Richard Gross.

Sixty years ago, Richard founded Richard’s Beauty College in San Bernardino. He’d already become somewhat of a local celebrity as a respected stylist and Los Angeles salon owner. But he wanted to do more. He wanted to pass on his ever-evolving knowledge to others.

“My dad was always cutting-edge in terms of the education he offered,” says current owner and president of Salon Success Academy Robert Gross. “Back then, he formalized what would be taught, put together lesson plans, created the structure of the program and classes, and provided guidelines for the teachers. But that wasn’t where it ended. He was always learning more and sharing that knowledge with his staff and his students.”

For example, back in the 1970s, Richard went to Vidal Sassoon’s training to learn the ground-breaking cutting techniques of the famed stylist. Then, he passed along what he learned to his staff—so they could teach their students. Richard also went to college to get a business degree. What started as a single salon and turned into a school soon became several schools across Southern California.

Richard was also an incredible advocate for the industry, says Bob. “My dad really established the industry in the state of California, helping to found the Regional Occupational Program that allowed high school students to earn credit toward their diplomas at the same time they trained to become cosmetologists or work in other professions.” According to Bob, his father worked closely with the legislature and helped the beauty industry get the respect it deserved. It’s something Bob continues to do.

“But I didn’t start out wanting to be in the business,” recounts Bob. “I thought I was going to law school. But the numbers didn’t add up. I figured by the time I got out of law school, I’d be broke.”

“Dad said, come work for me,” says Bob, “so after I graduated college, I went to beauty school. And you know what? Beauty school was harder!”

And with Richard’s grandchildren Megan and Jeff Gross, the legacy continues. Jeff is the VP of Operations and Megan is VP of Administration now, but the school has always been a part of their lives. Megan remembers getting treated to manicures and using the mannequin heads as dolls as a child. Jeff recalls coming to the schools to get his haircut.

“One time, dad left me alone with a stylist and she let me get my hair dyed red,” says Jeff. “Mom was not happy. A couple of days later, I went to a different school and they dyed it back to blonde.”

“We were just always at one of the schools,” says Megan. “We were around it so much, the students, the staff, all the equipment. It was all just normal to us.”

“Oh, and Megan was always playing with those mannequin heads,” recalls Jeff. “She would hide them on me all the time. I’d find them in my closet, in my bed.”

And there was always work for a couple of young kids to do, whether it was sweeping the floors or helping out when dad was building a new school.

“Whenever we moved to a new site, dad would do all the work,” says Megan. “It was great seeing it from scratch, from start to finish.”

“That’s when I really spent a lot of time at the schools,” says Jeff. “One summer, when we were building out the Redlands campus, I painted the entire school and saved the money I earned to buy a snowboard season pass.”

Salon Success Academy has been a part of the family for Megan and Jeff’s entire lives. And even though Richard was retired by the time they were working there, they both remember their grandfather as fun and inspiring. Jeff says Richard’s awards were all around and he’d still visit the school, and of course, they spent a lot of holidays together. There was work time and family time.

“In honor of our grandfather, we really wanted to do something for the 60th anniversary,” says Jeff. “We were going to do a special graduation party, inviting former students from over the years but because of social distancing we can’t. We can’t throw the party we dreamed of, but the scholarships are one way to celebrate and also a way to honor a really great guy. I think he’d be so proud to see where his dream has led.”

For more details on how you might qualify for our celebratory scholarships, visit our Founder’s Scholarship page now.