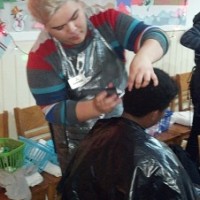 Every year around the holidays the Student Ambassadors at Salon Success Academy donate their time and money to a charitable organization in the Inland Empire of California. This year, the Student Ambassadors organized a holiday party at Operation Safehouse, where they pampered troubled teens with haircuts and manicures and presented them with holiday gifts. But what meant more to the teens than the gifts and the beauty services was just knowing that someone cared about them.

The Student Ambassadors have been volunteering at Operation Safehouse, a shelter for homeless and runaway teens in Riverside, California, throughout the whole year. Every month a 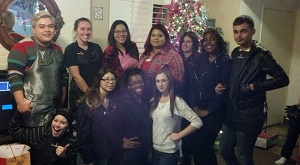 group of Student Ambassadors would travel to the shelter to spend time with the teens and give them haircuts. The students knew the holidays would be a difficult time for the teens and wanted to do something extra special for them.

The Student Ambassadors were able to raise over $3,000 by organizing various fundraisers and bake sales at their campuses. They then used that money to purchase school supplies, clothes, shoes, and games for the teens’ gifts. They also purchased materials to make fleece blankets to add to the gifts. 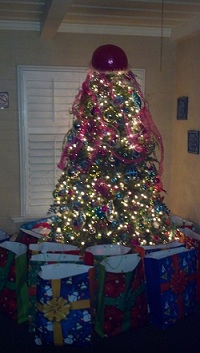 On Tuesday, December 18th, the Student Ambassadors threw their holiday party for the teens at Operation Safehouse. Each student was assigned a teen to be their “client” for the day. Sarah Orona, the Director of the Student Ambassador Program, said the students were all very attentive to their “clients” and made sure to cut and style their hair exactly the way they wanted it. For many of the teens, it was their first time receiving a manicure or a professional haircut, so they were extremely appreciative. After the students serviced their clients, they gave the kids their gifts, watched movies together, and played board games.

“It was mostly about the students just spending time with the teens, letting them know that someone cared about them, and giving them hope for the future,” Ms. Sarah said.

“My client was a 15 year-old girl who was very talkative. While I was cutting her hair, she told me everything. I realized that she was at Operation Safehouse for a reason. She had been through a really tough time. She just needed someone to listen. I was happy that I could be there for her,” Student Ambassador Amber Sidman said. 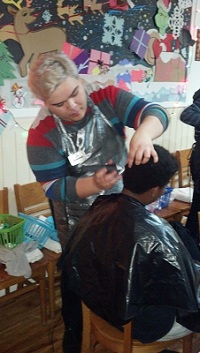 “Most of these kids have had unfortunate lives, but they also have a strong will to survive. It was a chance to offer myself with humility, love, and do something good in my community. I was happy to use my skills to help a person in need feel better about herself,” Student Ambassador Jose Angel Herrera said. 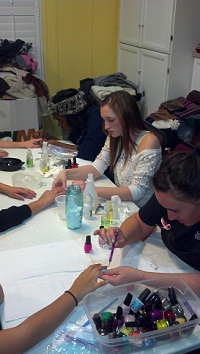 Salon Success Academy is a beauty school that offers extensive, hands-on training in cosmetology, esthetics, and nail technology at its five locations in Redlands, Fontana, Upland, San Bernardino, and Corona. The beauty school offers flexible class schedules and financial aid assistance to those who qualify. Fill out the form to learn more about the programs offered at Salon Success Academy.